The Defining Moments Pack (DMP) that included the Air Jordan VI and XI was first released in 2006, paying homage to Jordan’s legacy of clutch plays as he captured the first rings in his set of three-peats. In case you missed the release 14 years ago, now’s your chance to snag a piece of footwear lore: the gilded AJ6 DMP, representing His Airness’ first ring in ’91. Appearing again as it did during its first run, this special AJ6 features a blacked-out suede upper with accents of gold on the shoe’s heel, tongue and iconic midsole lines conceived by Tinker Hatfield in 1990. 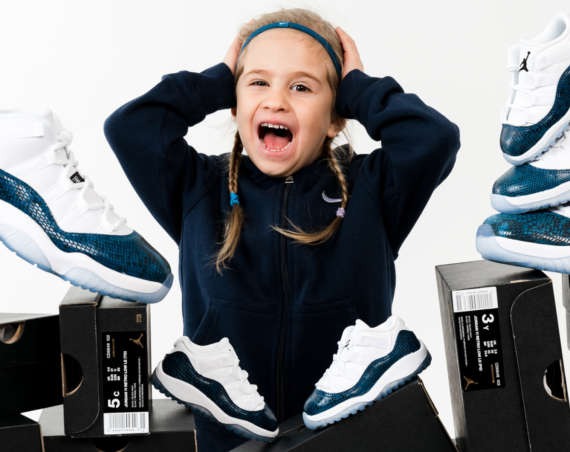