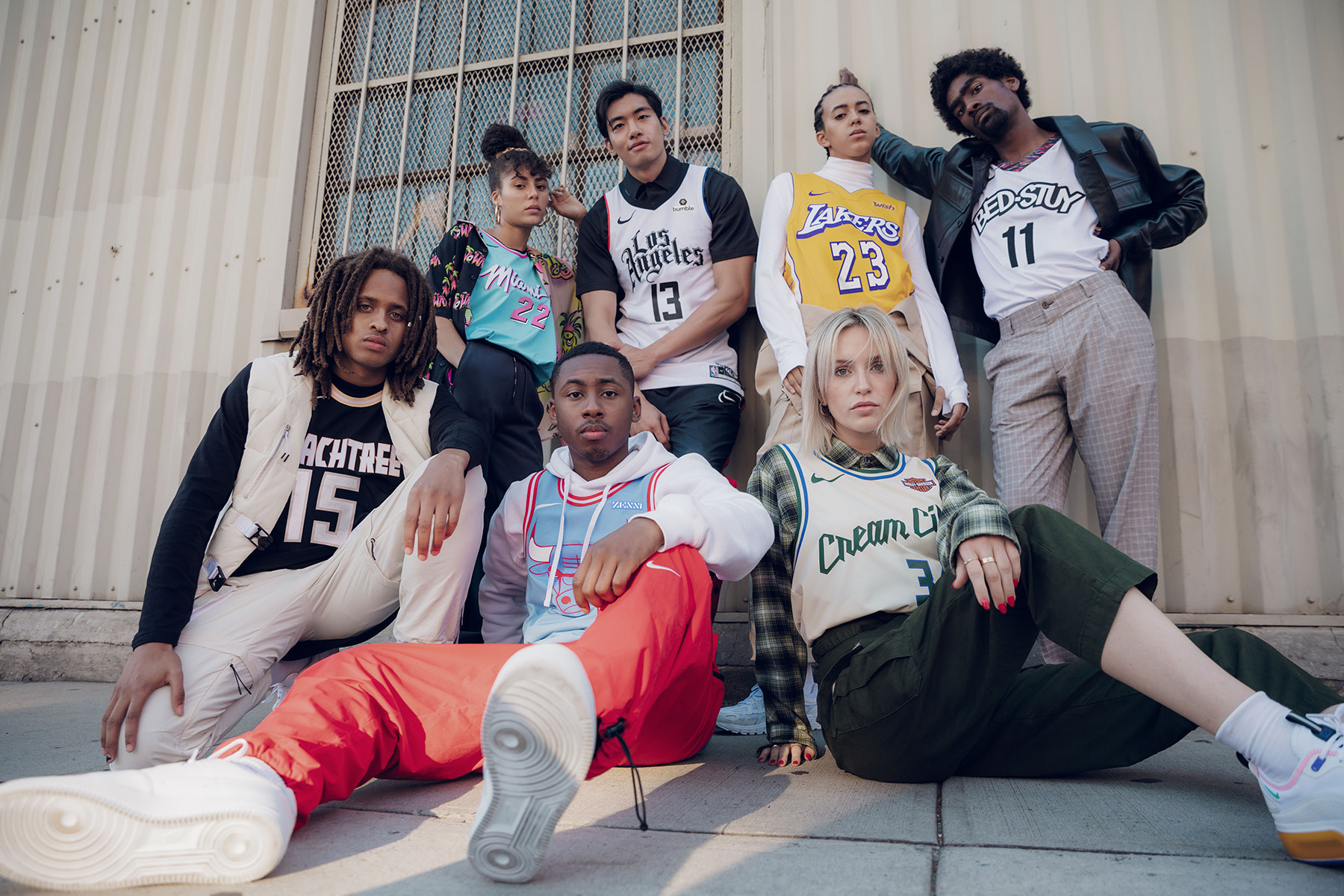 The idea behind city edition team uniforms is to take the traditional team look and flip with cues from city geography and culture with input from local “ambassadors”.

Nike, as the official uniform maker of the NBA has created city edition uniforms for 29 of the league’s teams. The only not seen here is the Memphis Grizzlies.

The collection has started to release in both Europe and the USA on nike.com. Beyond the jerseys, the city edition theme is used to style other apparel pieces.

The team’s uniform is brought to life with peach-color lettering inspired by the famous flora lining the city’s streets.

The uniform proudly displays the city’s Irish heritage with a green background emblazoned in Gaelic-style lettering and numbering, trimmed with Celtic knot-inspired details.

The team’s home court nickname, the Hornet’s Nest, traces back to Charlotte’s colonial history and finds its way again to the City Edition uniform. The shorts include a hornet’s nest honeycomb shape on the buckle.

This version is the first City Edition uniform to feature Chicago’s famous bull on the front. The cool blue background and red trim take inspiration from Chicago’s city flag.

The featherlike “Cle” wordmark on the jersey’s front is pulled from the team’s early uniforms. The navy base and the multicolor stripes on the side panels create a technicolor blend that celebrates the team’s 50th anniversary in 2019.

Deep Ellum, a vibrant city quarter in Dallas known for its colorful murals and eclectic nightlife, inspires the team’s uniforms through graffiti-style “Mavs” lettering and a supercharged palette from the Dallas skyline.

Drawing from Denver’s fantastic mountain-range hues, the City Edition uniform refreshes the team’s skyline logo with a black base and white letters and numbers.

Detroit’s uniform deepens the theme of the city’s automotive culture while flipping the colors to red and blue racing stripes.

A black base roots the uniform as its team moves to a new home across the bay after 47 years in Oakland. The jersey is flanked by silver-trimmed side panels for the city’s bridges and fronted by a stylized interpretation of the famous Oakland tree.

Houston’s connotation for space exploration is summed up in the jersey’s white and silver accents, inspired by spacesuits. H-Town is printed across the chest in a new letter font.

The checkered stripe on the uniform bridges the city’s rich legacy of auto racing with the team’s modern identity. The blue and gold colors represent the state flag.

Printed over a white base, the ornate “Los Angeles” wordmark on the chest is inspired by Los Angeles tattoo art.

Continuing a theme of recognizing famous players in the franchise, the flush-gold uniform includes vintage drop-shadow graphics, a wishbone collar and vortex-like panels as an ode to the 7’2” center and his unstoppable drop-step.

The vibrancy of Miami-Dade County appears on the jersey in the soft, aqua-blue background and bright pink accents that light the city. It’s also an inversion of last season’s City Edition uniform.

MSP lettering on the chest symbolizes the Minneapolis—Saint Paul metro area, while the soft blue background is an ode to the state’s famous lakes.

The team brings back its Mardi Gras-inspired look with the carnivalesque purple, green and gold symbolizing faith, justice and power.

The side panel graphics on the uniform represent the city’s skyline seen from towering skyscrapers. The neckline and arm details reference the team’s Knickerbockers era.

This year’s uniform was designed in partnership with the Oklahoma City National Memorial and Museum to honor the city’s courage in the wake of the devastating bombings in April 1995. The white on the sides of the short represents the site’s Reflecting Pool. “Service,” “Honor” and “Kindness” appear above the jersey’s tag.

Long before the theme parks brought the nation to Orlando, the region’s citrus groves brought Orlando to the nation. Hence the pops of citrusy orange on the jersey’s neckline, side panels and shorts.

The parchment paper-inspired base color is brought back to this season’s uniform, while a stately new “Philadelphia” wordmark debuts across the chest. The asymmetrical stripe detail down the sides mimics the famous crack in the Liberty Bell.

The pattern used around the collarbone and sleeves of the Suns’ uniforms celebrates Arizona’s Hispanic culture. A color play on the state’s flag appears on the short.

For the team’s 50th anniversary season, the Trail Blazers are wearing a mash-up of its first two uniforms (’70-’71 and ’71-’75). Portland’s “Rip City” mantra is printed in retro font across the chest.

Bringing back the team’s color scheme, the uniform flips to bold red with pops of light blue with Sactown printed on the chest.

The black and gold color scheme is inspired by the basketball culture and community that has shaped the city. “Toronto” across the front is printed in the same “Raptors” wordmark from the team’s original jersey.

The franchise brings back its popular City Edition uniforms drawn from the rock formations that shape the state’s stunning landscape. The highways that lead from Salt Lake City to Utah’s renowned state parks are marked on the side panels by graphic interpretations of I-15 and I-70.

The patriotic design carries star-and-stripe detail down the side panels, against a white base. 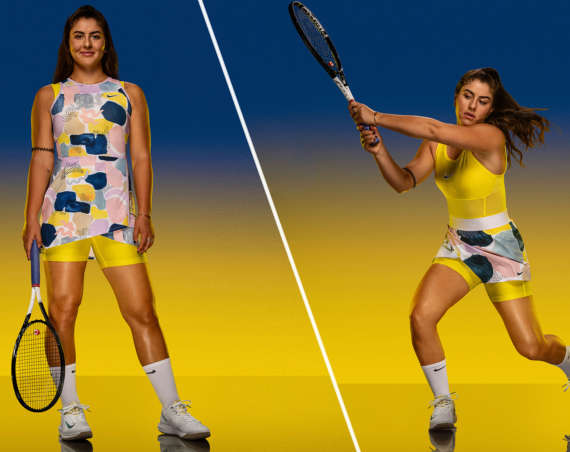 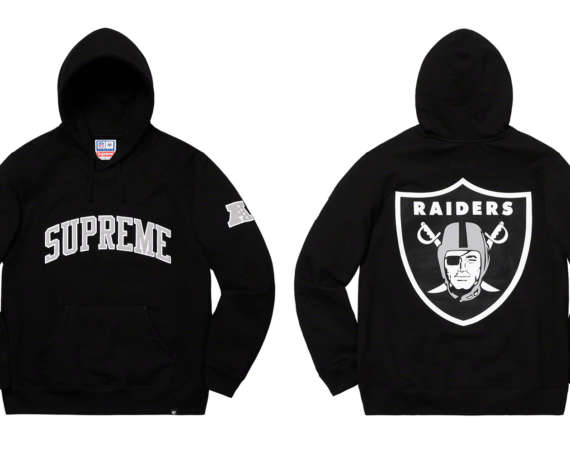 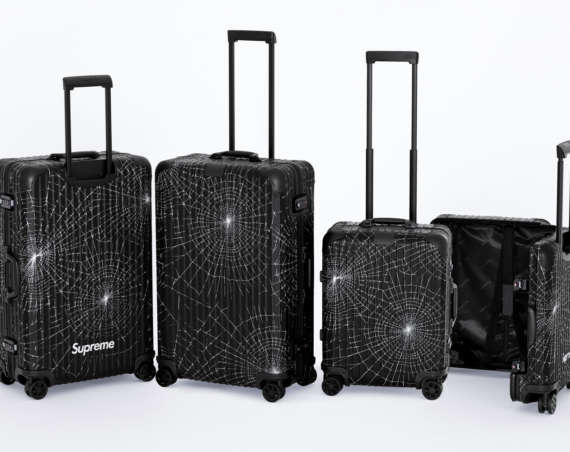