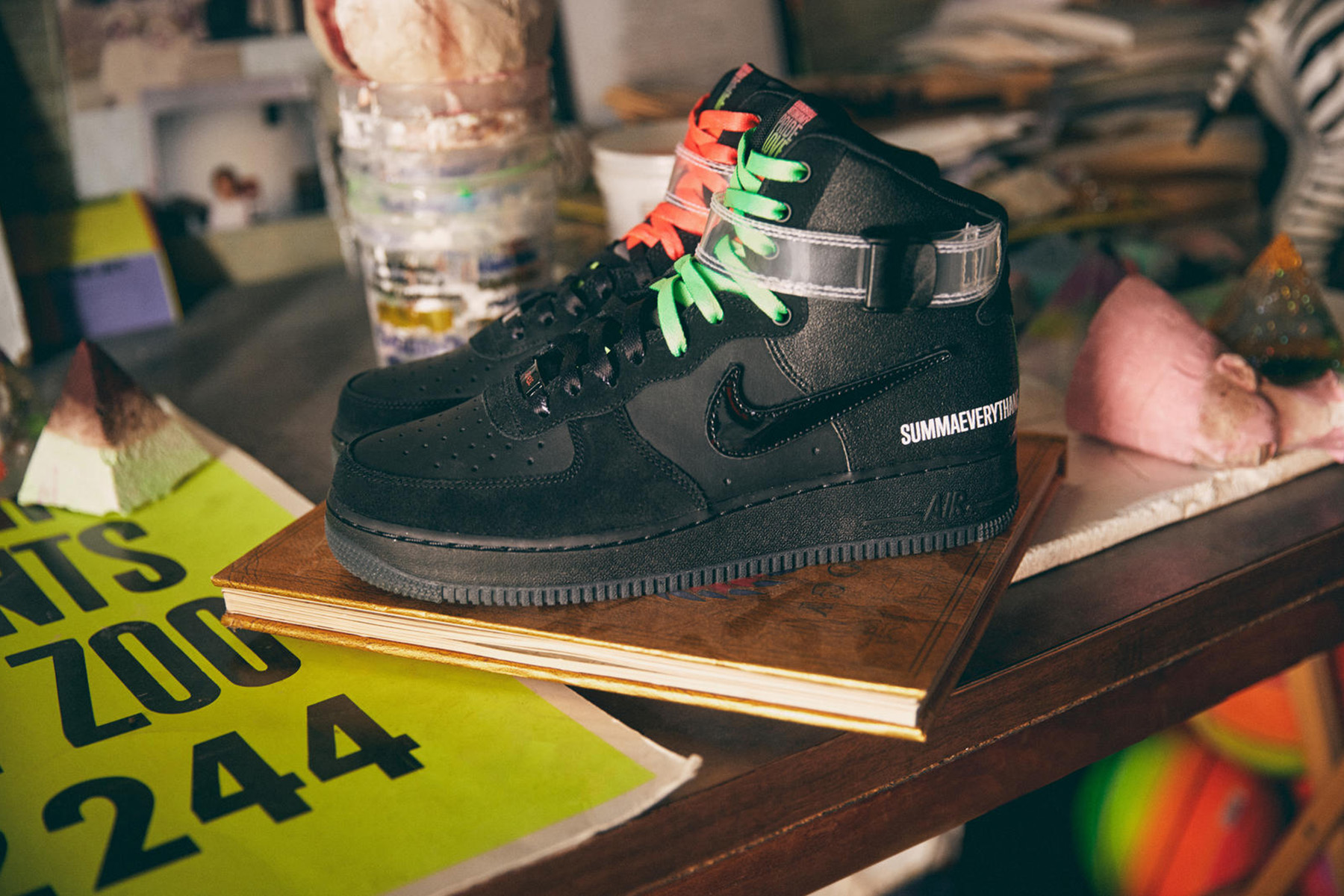 South Central LA artist Lauren Halsey knows what it means to create with authenticity. Halsey is hailed in her community for combining vibrant elements of found, fabricated and handmade objects from around the city to build densely textured installations and monuments. Her sculptures are inscribed with sentiments from the LA community, aimed at authentically and poetically rewriting the narrative on both a local and global stage.

Halsey and her artwork are also inspiration for the latest Los Angeles–specific Air Force 1, the AF-1 ALL FOR 1 – Los Angeles. Employing Halsey’s signature style, which is deeply rooted in the South Central neighborhood she grew up in, she funkatizes the insole with a kaleidoscope of visuals, adorned in red and green accents, interchangeable straps and inscribed with words of love.

The shoe remixes the Triple Black High into an ode to Los Angeles, celebrating the ones who cultivate community through creativity. Inspired by colors, familiar typographic design and iconic posters plastered around the city, Halsey’s collection is a visual and tangible tale of South Central LA. The shoe’s tongue tag is woven in with block text true to posters seen across the city for decades, its sockliner has a collage of South LA storefronts and it features dubrae with hand-lettered screen printing in font similar to Halsey’s Hieroglyph Crenshaw Project — a public installation of hieroglyphic carvings that allows communities in South Central LA to author their own stories.

“We all should move, create and act with the conceit of love in our hearts,” says Halsey. “Love means family. It means my friends. It means my girlfriend. When I work and when I build I think about who I can involve so that the projects are centered around love from beginning to end.”

Lauren Halsey’s Nike Air Force 1 High “ALL FOR 1” Los Angeles will release on the 7th of December. The drop will hit nike.com, the SNKRS app and select Los Angeles based shops. 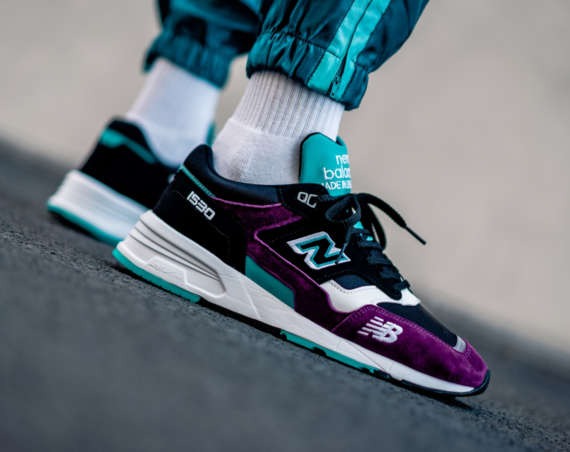 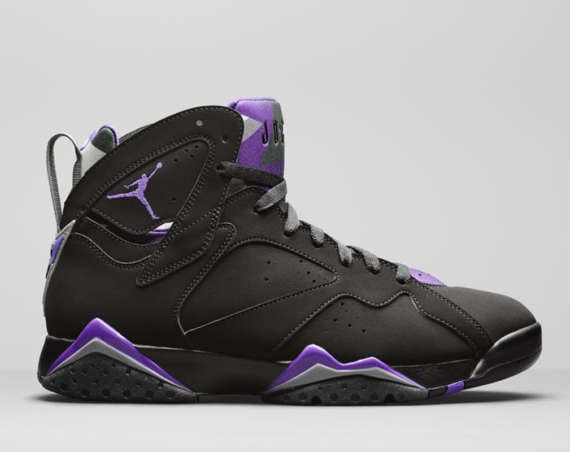 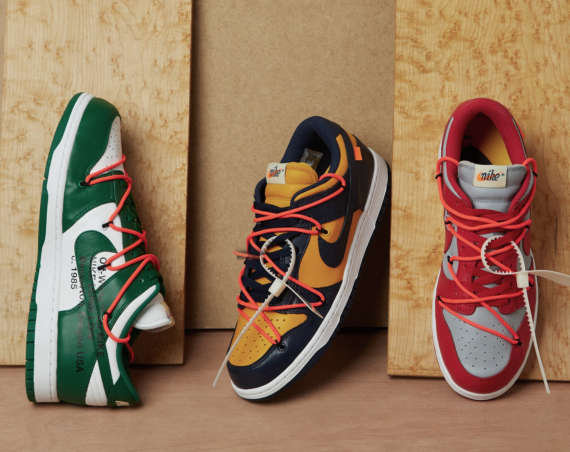 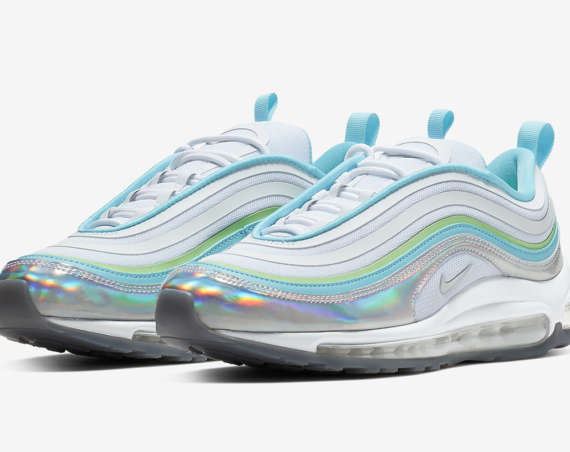