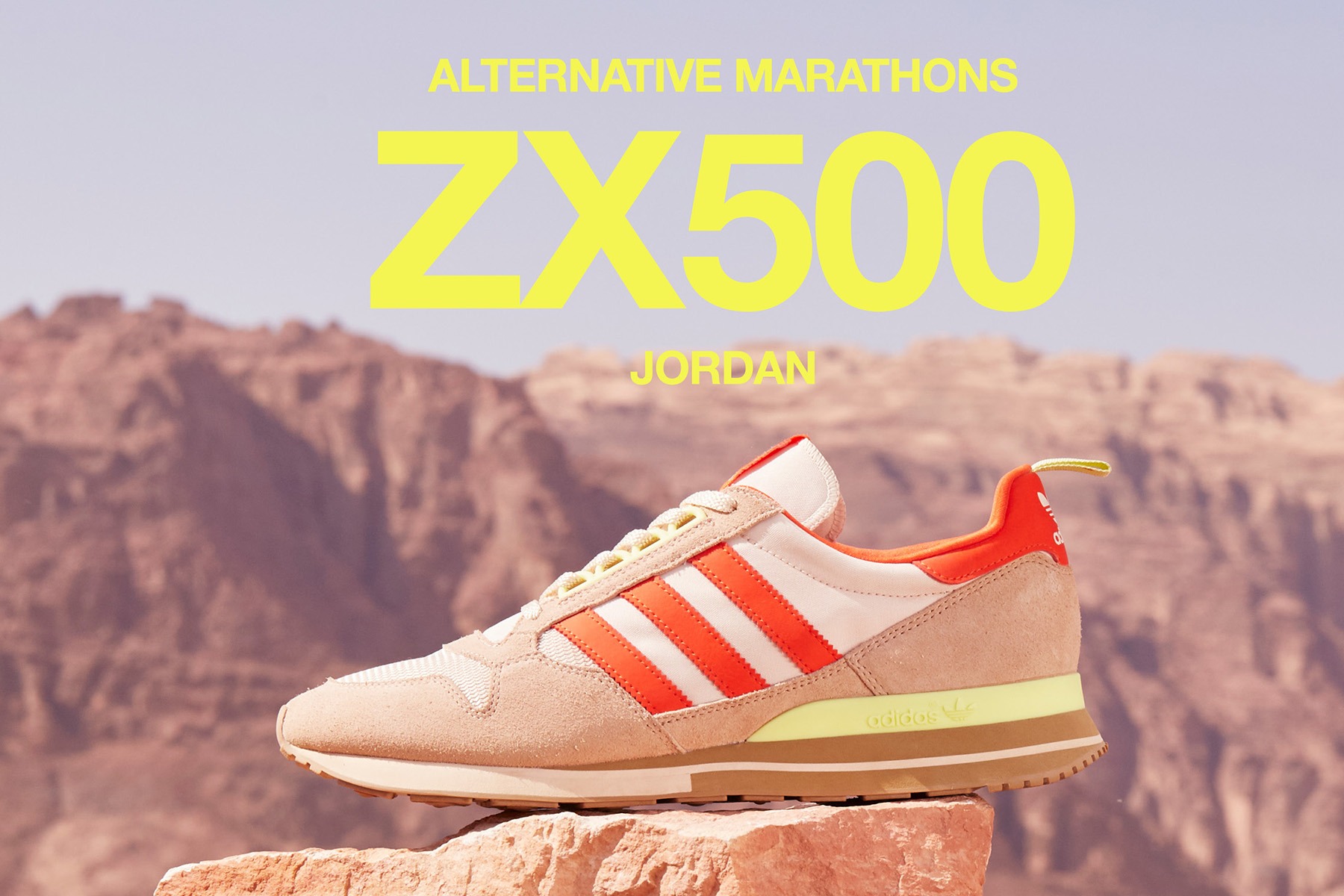 On the 8th of November, size? will release the “Jordan” edition of the ZX 500 from its Alternate Pack with adidas Originals. Find the drop through size? physical locations and size.co.uk for £75 on the release date.

Over the years, adidas has released a series of silhouettes coined after popular marathon destinations around the world. For our latest work with the sportswear giants, we wanted to take this concept a step further.

Stepping onto the beaten track, our ‘Alternate Pack’ finds its inspiration from those worldwide marathons you may not be too familiar with. The collection – which reimagines three of adidas’ coveted silhouettes from the ‘70s, ‘80s and ‘90s – channels three marathons which have built a cult following for their awe-inspiring landscapes unique to anything else on the planet.

First up, we’re taking you to Jordan’s Wadi Rum Marathon. The ultra-marathon, which covers a whopping 260km over 5 days, begins in the ancient city of Petra and leads runners past tombs mountainside carvings and caves before traversing into the lunar-like landscape of the Jordanian desert.

Using adi’s ZX 500 as a blank canvas, our iteration channels the desert race with a predominantly dusty ‘Ash Pearl’ colourway. Smooth leather uppers are complemented by ‘Active Orange’ 3-Stripes, while a ‘Semi Frozen Yellow’ tab to the sidewall has been added to link together each exclusive from the capsule. Inside, you’ll see a vector illustration symbolising the sights seen during the marathon. This illustration can also be found on the bespoke shoe box sent out with each order. 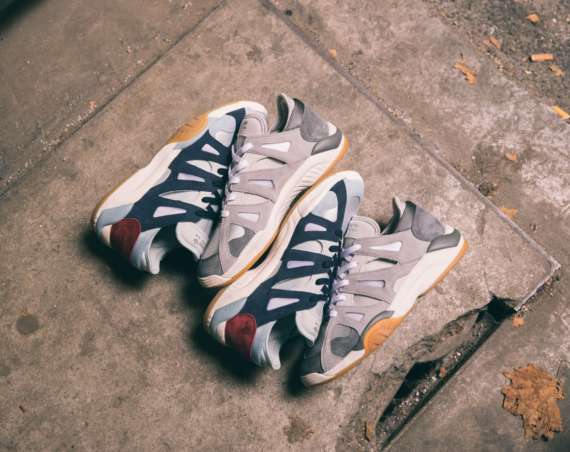 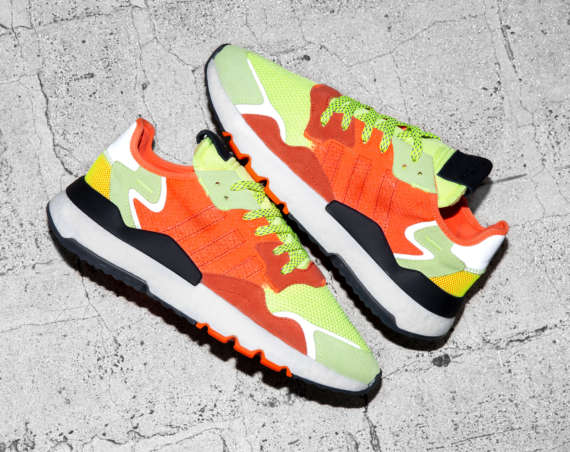 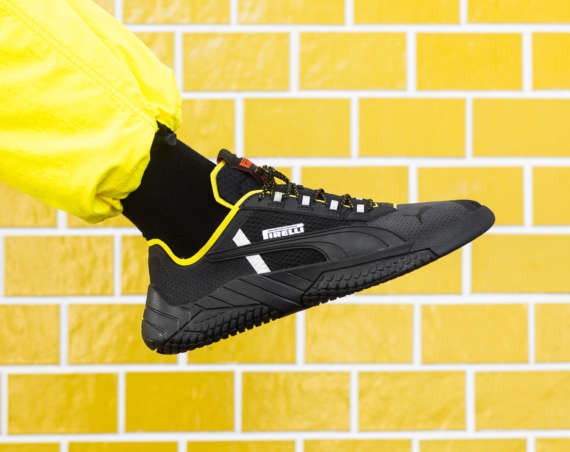 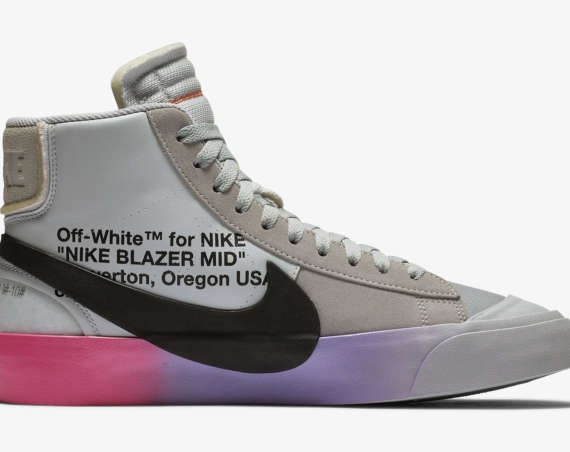