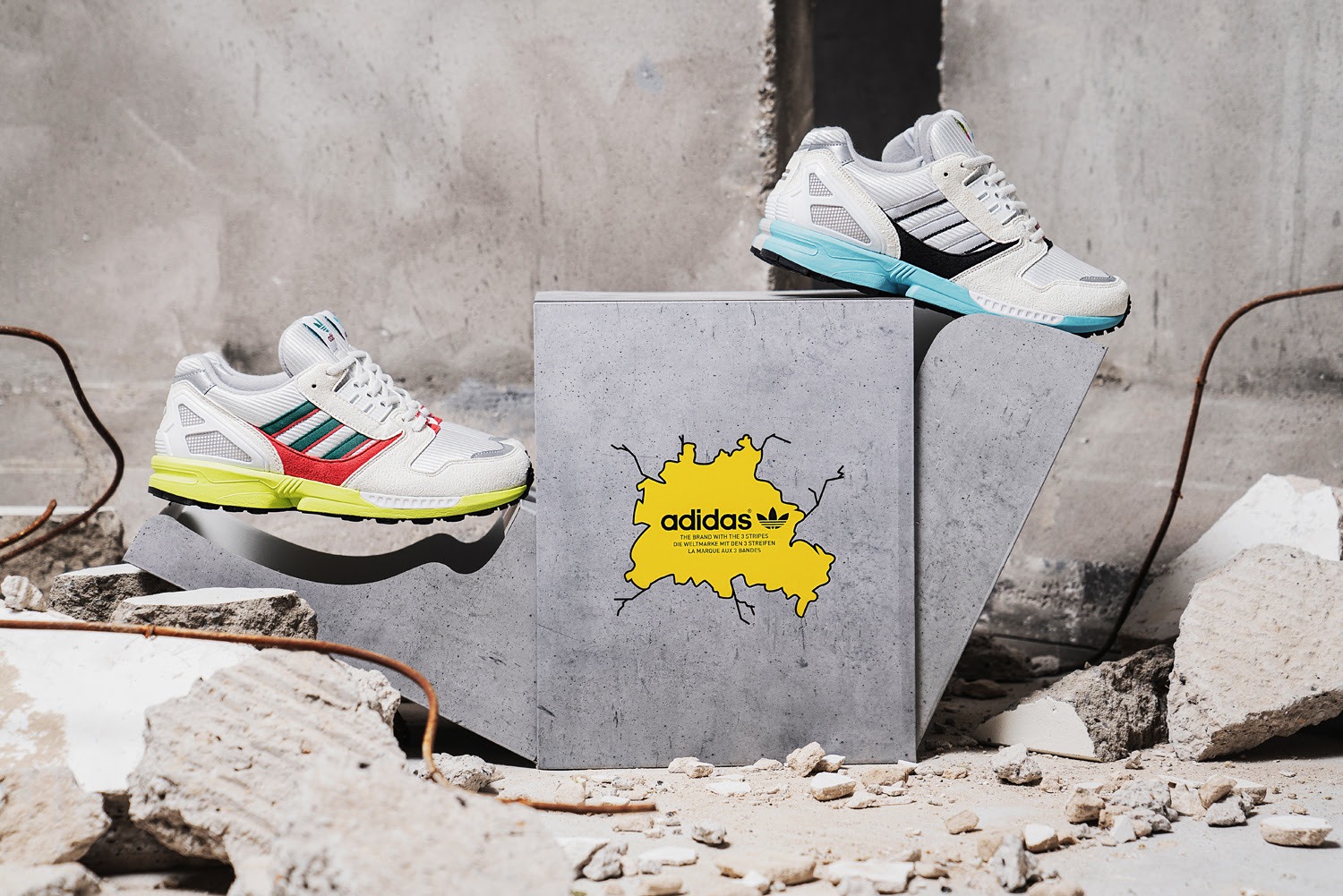 On the 9th of November 1989, the Berlin Wall fell, beginning the process of reunifying Berlin and Germany. This year marks the 30th anniversary of the historical event. adidas Originals is taking note by dropping the No Walls Needed Collection.

The collection is composed of two colorways of the ZX 8000 housed in a special tandem box, limited to 1,989 units globally. And the global release date is set for the 9th of November at select shops.

However, Berlin based Overkill will have the kicks for a 2nd of November drop.

Here is how Overkill describes the collection….

For a generation, not only did the Berlin Wall divide an iconic city, but it divided a whole nation. In 1989, it finally came crashing down, creating a better Berlin, a better Germany, and ultimately, a better world. Today, adidas Originals celebrates the 30th anniversary of the Fall of the Berlin Wall by debuting the ‘No Walls Needed’ pack.
Championing 30 years without walls, adidas Originals is releasing two pairs of ZX8000 shoes in one specially-designed Berlin Wall box. Bringing this important moment to life in a contemporary context, the addition of a second pair of shoes poignantly recalls the payment of 100 deutsche mark ‘Begrüßungsgeld’ – or, “welcome money” – from the government of the Federal Republic of Germany (West Germany) to visitors from the German Democratic Republic (East Germany) after the fall of the wall.

Each of the four shoes features a different aesthetic update to the local-favorite ZX8000 silhouette, allowing the wearer to mix and match. Marked with four unique symbols, one for each heel, the design pays homage to crucial themes of EQUALITY, INDIVIDUALITY, FREEDOM, and UNITY.

Constructed with synthetic suedes and shiny uppers in distinct colourways, each shoe in the ZX 8000 ‘No Walls Needed’ pack is finished off with a rigid heel counter, print detailings, 2 nd laces, accompanying lace jewels, and torsion supported midsoles. A lot to take in, but the message is clear: Double the shoes. Double the freedom. Double the love.

The ZX8000 ‘No Walls Needed’ pack is limited to 1989 pairs and pre-launches instore at Overkill on November 2nd. To celebrate the 30th anniversary of the Fall of the Berlin Wall every customer of this pack will get 100 Euro “Welcome Money” at the instore release event.

If you are in Berlin and purchase the kicks in-shop at the launch event, Overkill will give a 100 Euro of “Welcome Money”. 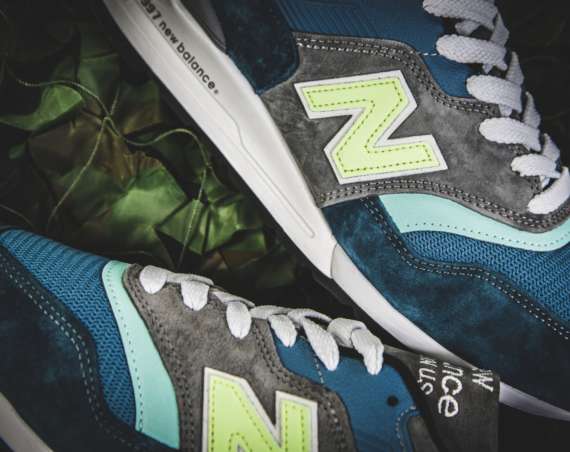 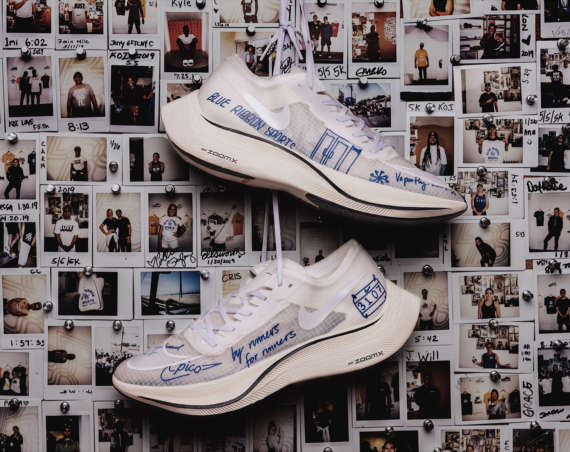 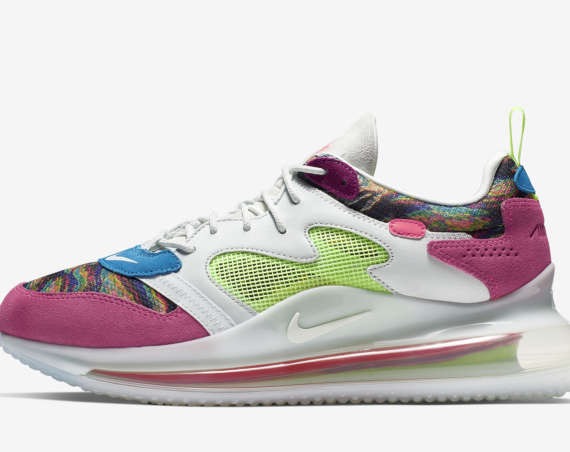